Part 1: Decapitation Machines
The guillotine is one of European history's most bloody icons. Although designed with the best of intentions, this hugely recognisable machine soon became associated with events that have overshadowed both its heritage and its development: the French Revolution. Yet, despite such a high profile and chilling reputation, histories of la guillotine remain muddled, often differing on quite basic details. This article explains, not just the events that brought the guillotine to prominence, but also the machine's place in a broader history of decapitation which, as far as France is concerned, finished only recently.
Decapitation Machines
Although older narratives may tell you that the guillotine was invented in the late 18th century, most recent accounts recognise that similar 'decapitation machines' have a long history.
The most famous, and possibly one of the earliest, was the Halifax Gibbet, a monolithic wooden structure which was supposedly created from two fifteen foot high uprights capped by a horizontal beam. The blade was an axe head, attached to the bottom of a four and a half foot wooden block that slid up and down via grooves in the uprights. This device was mounted on a large, square, platform which was itself four foot high. The Halifax Gibbet was certainly substantial, and may date from as early as 1066, although the first definite reference is from the 1280's. Executions took place in the town's Market Place on Saturdays, and the machine remained in use until April 30th, 1650.
Another early example is immortalised in the picture 'The execution of Murcod Ballagh near to Merton in Ireland 1307'. As the title suggests, the victim was called Murcod Ballagh, and he was decapitated by equipment which looks remarkably similar to the later French guillotines. Another, unrelated, picture depicts the combination of a guillotine style machine and a traditional beheading. The victim is lying on a bench, with an axe head held above his neck by some sort of mechanism. The difference lies in the executioner, who is shown wielding a large hammer, ready to strike the mechanism and drive the blade down. If this device existed, it may have been an attempt to improve the accuracy of the impact.
There were many other machines, including the Scottish Maiden - a wooden construction based directly on the Halifax Gibbet, dating from the mid 16th century - and the Italian Mannaia, which was famously used to execute Beatrice Cenci, a woman whose life is obscured by clouds of myth. Beheading was usually reserved for the wealthy or powerful as it was considered to be nobler, and certainly less painful, than other methods; the machines were similarly restricted. However, the Halifax Gibbet is an important, and often overlooked, exception, because it was used to execute anyone breaking the relevant laws, including the poor. Although these decapitation machines certainly existed - the Halifax Gibbet was alleged to have been only one out of a hundred similar devices in Yorkshire - they were generally localised, with a design and use unique to their region; the French guillotine was to be very different.
Publicado por pokemon en 13:34 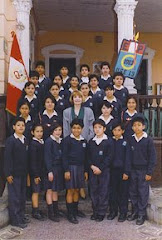